Shopping Cart
Your Cart is Empty
Quantity:
Subtotal
Taxes
Shipping
Total
There was an error with PayPalClick here to try again

Thank you for your business!You should be receiving an order confirmation from Paypal shortly.Exit Shopping Cart

After the breakthrough season we had in 2017, we made it our goal to pick up where we left off in 2018. This season presented a few obstacles with some equipment breakage and weather challenges, but we had many high points throughout the year, including a #1 qualifying position, racing on Sunday at 3 NHRA National events, landing our first major sponsor, and a national event runner-up!

After a long, cold winter, we were anxious to get back on track. We started off 2018 at an event that will always be our favorite; the Heartland Nationals at Topeka. We won this event last year, so it’s always a good feeling to come back as a defending champion. Several days of rain delayed the completion of the race until Monday, but we were able to secure a quarter-final finish to start the year. 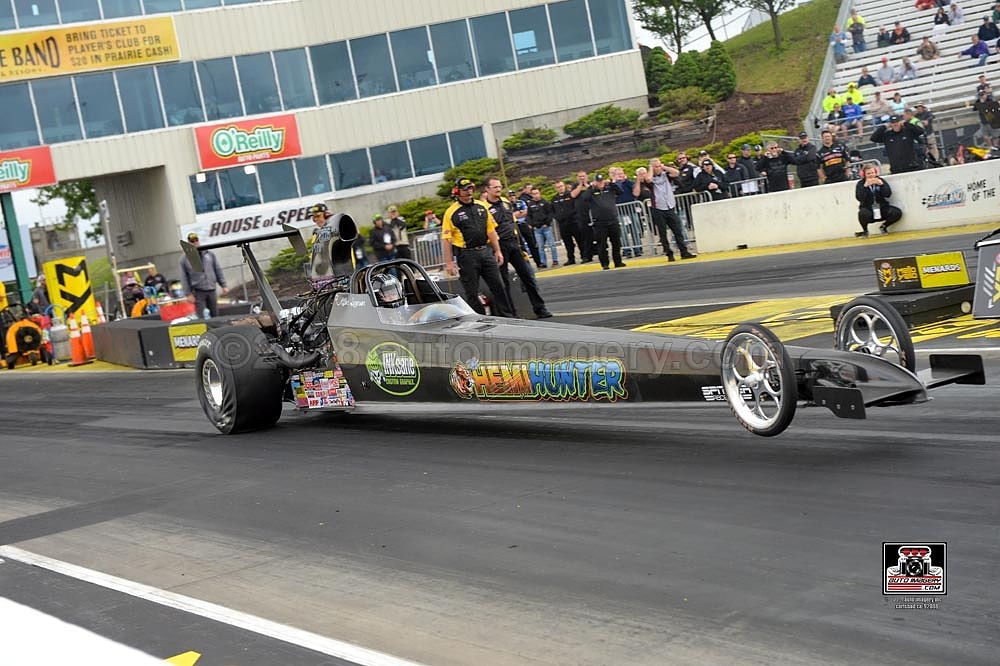 Two weeks later, we traveled to Chicago for the Route 66 Nationals. During one of our qualifying runs, we broke a planetary gear in the transmission. With the help of a racing friend, we were able to rebuild the transmission and be ready for race day. We had another strong outing, and picked up another quarter-final finish.

During the summer months, we traveled throughout the Midwest to compete on the NHRA Division 5 circuit. We competed at tracks in Denver, Chicago (division 3), Topeka, Brainerd (Minnesota), and Great Bend (Kansas). We went through a bit of a slump, except for a quarter-final finish at the Topeka event, which had an expanded 48 car field.

Our disappointment of the summer quickly faded a few weeks later at the Midwest Nationals in St. Louis. Rain and chilly weather was a challenge early in the weekend, but we were able to pull through. We made it all the way to the finals, but came up short. It was an all-female final round! Last year we made it to the semi-finals at this event, so to do well here again is such a great feeling. 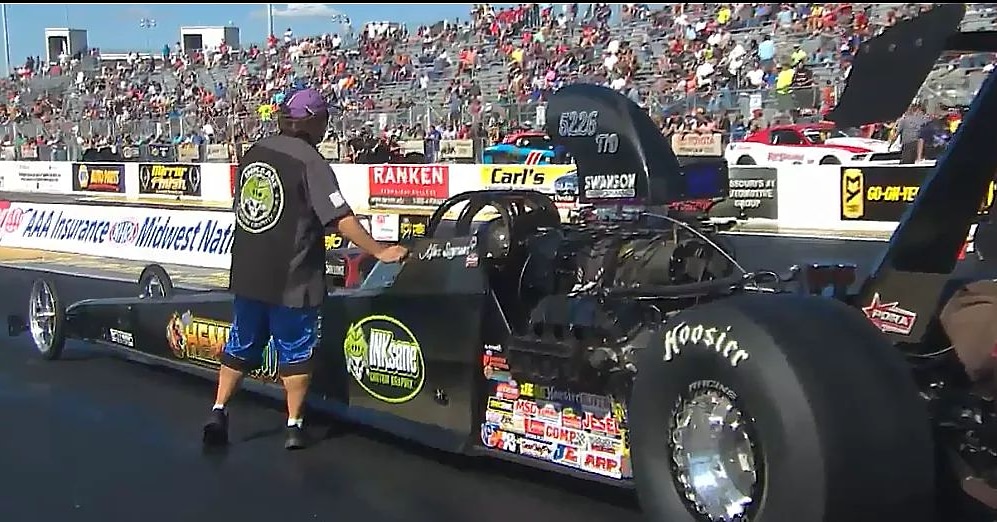 After St. Louis, we continued on to Great Bend, Kansas for the last Division 5 races of the season. We were originally supposed to race at our home track in Earlville, Iowa, but major flooding caused the race to be moved to Great Bend, making it a double-header event. We were doing well in the first event, until a broken transmission in the second round ended our day. We did not have the parts to fix it, but our friend let us borrow his spare transmission. Rain, wind, and cold temps delayed the start of the second event so we only got one qualifying pass, but we made it count; we took the #1 qualifying position! Unfortunately, we didn’t fare as well on race day and lost to the eventual race winner.

Overall, 2018 was another good year. Despite missing our last scheduled race of the year, we are currently ranked #22 in national points out of nearly 500 competitors. We also secured a top 10 finish in Division 5. We would not have been able to achieve this level of performance without the support of our friends, family, and sponsors. This year, we signed on with Inksane Custom Graphix as the primary sponsor of our Top Dragster. We also won the Arnold Motor Supply Team High Gear: Refueled sponsorship, which kept us on the road to St. Louis and Great Bend. We would also like to thank Hoosier Tire for providing us with tires that keep us running fast.

We have high hopes for 2019 and are looking forward to getting the season started. We plan to run a similar schedule in 2019 as we did this year, with 3-5 national events and 5-8 divisional events. Our goals for 2019 include a win on both the national and divisional circuit and a Top 10 finish in national points. We are looking for marketing partners to join us for the 2019 season and hope to have some exciting announcements this winter.

Oops, you forgot something.

The words you entered did not match the given text. Please try again.